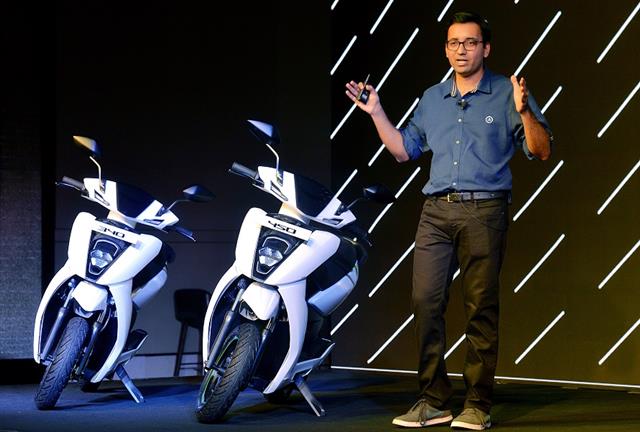 Ather Energy has built more than 330 fast-charging Ather Grid points in 35 cities and plans to install 5,000 charging points in the next three years, while Magenta ChargeGrid is expanding its charging networks across 35-40 cities and aims to set up 11,000 chargers by the end of fiscal 2023.

At a time when a series of EV fire incidents impacted India's electric two-wheeler market, Maxson Lewis, managing director of Magenta EV Solutions, told DIGITIMES Asia that solutions available in other countries may not work in India due to the hot and humid climate, unreliable power infrastructure, and costumers who tend to choose low-cost alternatives.

On the other hand, as brands such as Okinawa Autotech, Ola Electric, and Pure EV have been involved in EV fire incidents, no fire incident was reported about Ather Energy products.

The Economic Times reported that Ather Energy had raised US$128 million from investors, including National Investment and Infrastructure Fund and Hero MotoCorp. Ather Energy said it would use the fund to expand production capacity, research and development, charging infrastructure, and retail network.

Ather Energy added that recent fire incidents had not dampened its EV sales, adding that market demand for its products has grown by 30-35% and is expected to grow by 100% in the next five months, according to The Economic Times.