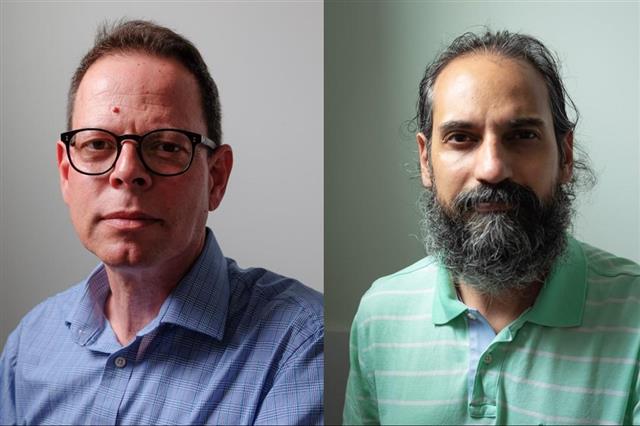 Utilizing 3D digital twins to operate facilities has become common for enterprises. BujiBui, a Canada-based startup, levels up its digital twins by offering mobile access. The company is eyeing countries undergoing infrastructure projects, especially those in Asia, hoping to secure a foothold in the market.

BujiBui was founded in 2016 by Neehar Karnik and Ken Sheyka. It is also the name of the company's solution - a platform for creating 3D digital twins that can be accessed anywhere.

Karnik, the company's president and CTO described a digital twin as a physical asset's virtual replica generated by data. BujiBui visualizes large 3D datasets up to petabytes and IoT data on thin clients such as mobile devices, smartphones, and wearable technologies.

The solution's mobility sets the Canadian startup apart from its competitors. Sheyka, BujiBui's COO, said it is easy to process large datasets in an office environment where massive rack servers are available. It would be impossible to complete the same task through a laptop on the field, at the far end of a harbor, or even in the middle of an ocean.

Sheyka said, for example, if someone in the middle of an ocean needs the 3D model of their ship or oil platform, they still can access the information that sits in an archive by a satellite. The feature is useful for those who need to operate facilities far away from infrastructure.

"Because it's mobile, you could be actually sitting onboard an aircraft and still be able to access all this information," Karnik added.

The president also said BujiBui can allow access to extremely highly detailed models even with restricted processing power, memory, or bandwidth, while other solutions may reduce the level of detail. It can keep all the details because it pre-processes the 3D data on the high-performance computing (HPC) cloud. Once the pre-processing is finished, only minimal CPU/GPU power is required to interact with the data.

The software can demonstrate "millimeter-sized details on kilometer-sized objects," Karnik said. For instance, a user can zoom in on a 3D model of a thermal power plant to see details, even like the threads on a screw.

According to Sheyka, BujiBui is a utility program for "mobilizing vast amount of 3D data and interacting with it." The solution can be used in various industries and spheres. For now, the company focuses more on industrial applications.

For example, the software can be used along with simultaneous localization and mapping (SLAM) technology that extracts positional data with various means. Once the positional data is inserted into the 3D model, users can create a virtual view of their physical viewpoints.

Karnik said the combination with SLAM technology could improve an unmanned or autonomous vehicle's situational awareness and create a better route.

"If you have a three-dimensional replica of the entire environment, entire surrounding or the streets and everything that vehicle is supposed to drive on, you will be in a better position to generate a route," he said.

A common use for digital twins is simulation. Karnik used an airport's 3D model as an example. By feeding readings like the wind direction, wind velocity, humidity, and temperature with the model into the simulation, a user can simulate the runways and better prepare for situations such as wind direction change. The technology would benefit the airport's operation.

Additionally, it can be used for media and entertainment purposes. BujiBui has worked with Microsoft to test its solution on HoloLens 2, the software giant's mixed reality headset. Sheyka said the device has not been able to handle large-scale models and that is where BujiBui can fill the gap.

Asia could be BujiBui's blue ocean

Sheyka and Karnik have been showing their solution to companies worldwide and receiving interest from areas such as Singapore, western Europe and the US. Moreover, they have done pilot projects for entities, including the Port of Antwerp and Chevron Canada.

The duo looks forward to gaining a presence in Taiwan and other parts of Asia. Karnik said their solution could help companies operate and maintain high-value facilities like chip fabs. In addition, many new infrastructures are being built in India, Taiwan, Malaysia and other southeast Asian countries. BujiBui would be a good fit for designing, building and operating these new projects.

While the company has targeted enterprise users, it plans to enter the consumer market eventually. Sheyka said once the business is fully built, they want to start providing a Software as a Service (SaaS) model to individuals at a much lower price. For instance, a property manager can upload their computer-aided design (CAD) files to the system and BujiBui will render the materials into a sales tool.

"That's where the market really opens up," Sheyka added.