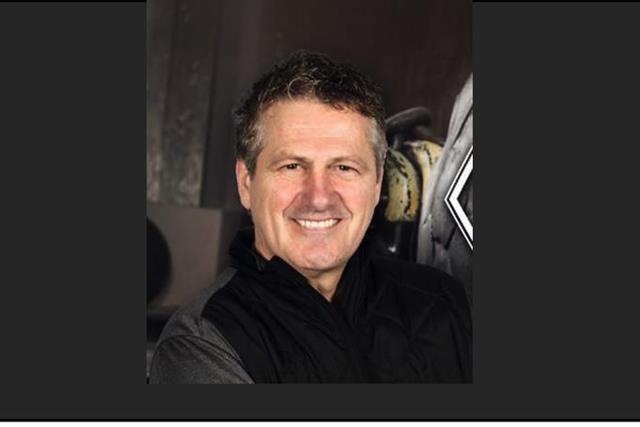 Canadian startup Kat Innovation aims to develop a medical device to help hip surgery patients recover faster by stimulating their bone formation. It seeks to work with hospitals in different countries for in-vitro and clinical studies.

Its non-invasive medical device, now called OSTAAT, is aimed to apply electric current to patients who had hip surgeries to stimulate their bone growth, so they can get back on their feet more quickly, company CEO and founder Marcel Maroist said during a video interview with DIGITIMES Asia in late April.

The company's niche customers are people who receive hip surgeries after fractures. "Just in Europe, Canada, and the U.S., there are 4 million people suffering a hip fracture every year," said Maroist, a taekwondo grandmaster with over four decades of experience in physical activity.

The patients are usually the elderly aged 70 or older, but hip fractures can also happen to middle-aged people, he said.

Each year, more than 300,000 people in the US sustain a hip fracture. Most of these fractures occur in patients aged 65 or older who are injured in household or community falls, according to WHO's explainer.

Athletes can be the company's potential customers in the next phase, as its planned stimulator may accelerate their healing process after any type of fractures, Maroist said.

The Quebec-based startup with nine employees did not begin with bone problems though. Maroist described their turn to osteoporosis as an "accident."

About ten years ago, his team was working on a targeted fat loss technology by electrical stimulation, and then around 2016 one researcher found an article on the relation between obesity and bone density, he recalled.

Inspired by the article, they went back to examine the results of fat tissues they stimulated and discovered significant effects on bone growth in the specific areas they stimulated, he said.

As yet, many studies have suggested obesity may lead to an increase in bone density and prevent fracture risks, while some researchers called for attention to other factors that can affect bone strength as well.

"We know we had significant results, but now we don't know how it works. So we need to conduct an in-vitro study here in Montreal to find out about the mechanism of actions of the technology," Maroist said.

The in-vitro study starting in May is to determine the official mechanism behind bone formation stimulated by electric current. After that, his team will work on the device's development and manage to get official certificates for it before they can move on to a multi-center study on human subjects, he said.

He has found interested partners in University Hospital Centers (Centre Hospitalier Universitaire, CHU) in Quebec, Bordeaux, Poitiers, Limoges, and Malaga, as well as Mongi Slim Hospital in Tunisia, but no cooperation agreements have been signed yet, Maroist said.

In the meantime, he is looking for doctors, orthopedic surgeons, rheumatologists, as well as investors that are interested in their technology, he said, seeing Taiwan as a potential partner.

Maroist said he hopes to learn more about the Asian market.

North Korea remains the only place in Asia he visited. The trip in the 1990s was motivated by a taekwondo tournament, he said.

His tentative schedule is to launch the device around the summer or fall of next year if he can successfully get approvals from public health authorities and private insurance companies, he said, adding that its full commercialization may take two years.

According to Kat Innovation's blueprint, the OSTAAT device will be a low-intensity electrical stimulator with an artificial intelligence model of treatment prediction. Its electric current can increase a person's bone surface and density without causing any muscle contraction or other side effects.

The company also seeks to connect the device to mobile devices, so users can activate it with smartphones or tablets, its website showed.

Tags
AI bone recovery Canada Interview Kat Innovation startup
Share this article
Other links
Print
Related content
Related topic
Opinions
Related news from other sites
Retailers try to cut fat without damaging the bone
Looking for startups?
Startup database
Profiles of startups from Taiwan and around the world: their technologies, product developments, fundraising rounds, etc. All startups are welcome to register their profiles - free of charge.
Register
Accelerators & incubators
Information about accelerators and incubators from Taiwan and around the world that are mentoring startup businesses and teams. All mentors are welcome to register their info - free of charge.
Register
Events calendar
Major events, including those organized by the government, DIGITIMES, and others, featuring startups, innovative technologies and products from Taiwan, Asia and around the world.