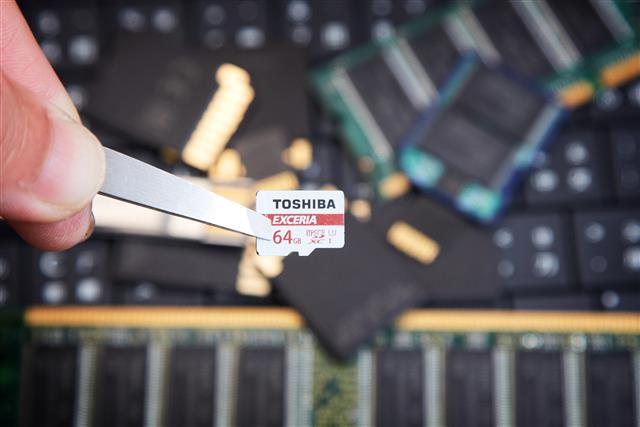 In 2014, 3D NAND flash was introduced to the industry with 24 layers, and it co-existed with 2D NAND flash until 2017. 3D NAND flash gradually came to dominate the market with its high-density storage capacity and technologies, and its manufacturing process completely diverged from that of DRAM. The synergy of utilizing the same processes and equipment for the two memory types - DRAM and NAND - was completely gone, and the core of competitive strategies in the memory industry changed.

The slow DRAM manufacturing process improvement offers an opportunity for memory makers to rethink their operational strategies. Even without competition, companies still need to consider ways to generate profit to cover the R&D funding for new DRAM manufacturing processes. Most companies in the DRAM industry had been wiped out in the previous stage of competition, and the market is now primarily dominated by a few major players, so the problem is not very urgent. Undoubtedly, DRAM will continue to be a key component for most computing electronics for a long time to come, but the slow manufacturing process improvement means that DRAM could one day lose its place in high-tech industry lineup. What strategies the companies should adopt are important. If it takes 10 years for a manufacturing process to advance to the next generation, companies could be easily caught up by new players entering the industry. Even if market demand persists, a non-high-tech competition model will unlikely generate a 50% gross profit for a company.

The future of 3D NAND flash is clear. Since observers expect that 3D NAND could be expanded to up to 600 layers, the linear advance strategy for related manufacturing processes will continue for several years.

The synergy of utilizing the same processes and equipment for the two memory types may have disappeared, but memory companies still must establish new competitive strategies despite less heated market competition currently.

The market synergy of both memory types will begin to emerge first. 3D NAND flash solid-state drives (SSD) are already priced lower than mechanical hard drives, and DRAM and 3D NAND flash have both become standard accessories for all computing devices, including cell phones and computers. All memory makers must be able to provide both memory products to a same client at the same time. Companies without DRAM production, such as Toshiba, will need to seek alliance to provide clients with one-stop services. The impasse for DRAM development is also near. If the industry wants to keep its high-tech business model, one option is to introduce a new memory product that has future growth potential and can create new economic value through manufacturing process improvement. Therefore, the development of emerging memory is essential. However, most memory companies have already spent significantly on new manufacturing process development for DRAM and 3D NAND flash, so exploring emerging memory development will be a great burden for them. As a result, memory makers have to form alliance with partners to develop emerging memory. Some examples include Micron and Intel jointly developing 3D X-point memory, and SK Hynix jointly developing MRAM with Toshiba. These emerging memory products currently only have niche applications, and they are far from being able to dominate the market.

(Editor's note: This is part of a series about the memory industry written by DIGITIMES adviser Albert Lin. Lin received his PhD in Physics in 1988, taught at National Central University, and then move to the technology industry. Lin used to serve as director and vice president of ProMOS Technologies, and president of ConDel International Technologies. He was an advisory member of Taiwan Semicon, chaired the Huangguang Forum, and was chairman of the Supervisory Board of Taiwan Semiconductor Industry Association. Now, Lin is visiting research fellow in the Department of Physics, National Taiwan University. His main research fields are new materials, new mechanisms, and basic research on quantum information. He is standing supervisor of the Taiwan Association of Quantum Computing and Information Technology.)