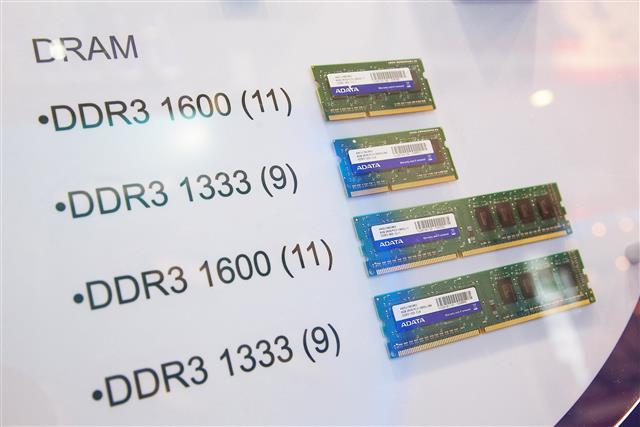 Let's take a moment to review the rise and fall of Taiwan's DRAM industry. Taiwan's DRAM industry came into being in the mid-1990s. In the beginning, although some companies wanted to self-develop related technologies, most companies chose to become competitive by exchanging production capacity for technology licensing with partners. This method certainly had some drawbacks, including that companies obtaining the licensed technologies could be controlled by their partners.

The next step for DRAM companies was turning technology licensing contracts into technology development cooperation contracts to secure capability to develop cutting-edge technologies. Most companies were able to complete this step, and when there was a time gap between technology development partnerships, some managed to leverage their own R&D capabilities to develop one to two generations of new DRAM manufacturing processes.

However, the most fundamental pain point continued to be that the scope of the R&D scale was too narrow.

In the early 2000s, Taiwan's DRAM industry had grown to account for more than 20% of the global market, and Taiwan was the second-largest DRAM producer in the world behind South Korea. However, the 20% was contributed by three to four companies, so the largest DRAM maker in Taiwan only accounted for 7% of the global production capacity at most. This was well below the threshold for a company to independently develop in-house technology. As a result, Taiwan-based DRAM companies had to collaborate with foreign partners to develop technologies and were unable to accumulate vast capital.

Taiwan-based companies were aware of this problem. In the early 2000s, a large-scale project launched by the government-sponsored Industrial Technology Research Institute (ITRI) was unexpectedly terminated, resulting in many unused R&D talent. Many companies in the industry offered to invest in ASTRO (Advanced Semiconductor Technology Research Organization), with unused domestic R&D talent serving as a foundation, to establish Taiwan's independent DRAM manufacturing process development capability. However, this initiative eventually fell through due to opposition from semiconductor companies that were not part of the memory industry.

During a steep downturn following the 2009 global recession, Taiwan proposed the TMC merger project for domestic DRAM makers, but it was too late. The era of DRAM driving manufacturing process improvement to create economic value was almost over. More importantly, the project failed to address a main reason that Taiwan had been unable to gain advantages in global competition - the lack of NAND flash technologies. A project without a right antidote is destined to fail.

Taiwan performed fairly well in the first half of developing its DRAM industry, and the scale of production capacity and industry clusters were beginning to form. The country was also seeing initial results of its manufacturing process development capability. However, in the second half of the country's DRAM industry development, the progress was slow, and measures such as mergers, fund-raising, and joint R&D were unfulfilled, eventually leading to the failure of the industry development.

Semiconductor companies that were not part of the DRAM industry did not support the establishment of ASTRO at the time. Taiwan's DRAM industry eventually failed to establish economies of scale and suffered a great defeat. This allowed South Korea's memory industry to dominate the global market, and the profit it accumulated at the time is now used as its investment capital for foundry and system IC industries. If Taiwan's DRAM industry had hung on, it would have prevented South Korea from accumulating large profit for its logic foundry investment today. Memory and logic foundry seem to be two very different semiconductor sectors, but the success and failure of one can affect the other. A broader industrial vision is needed to look far ahead and be well-prepared for the future.

(Editor's note: This is part of a series about the memory industry written by DIGITIMES adviser Albert Lin. Lin received his PhD in Physics in 1988, taught at National Central University, and then move to the technology industry. Lin used to serve as director and vice president of ProMOS Technologies, and president of ConDel International Technologies. He was an advisory member of Taiwan Semicon, chaired the Huangguang Forum, and was chairman of the Supervisory Board of Taiwan Semiconductor Industry Association. Now, Lin is visiting research fellow in the Department of Physics, National Taiwan University. His main research fields are new materials, new mechanisms, and basic research on quantum information. He is standing supervisor of the Taiwan Association of Quantum Computing and Information Technology.)