Industry watch: A miracle in IT and air transport sectors 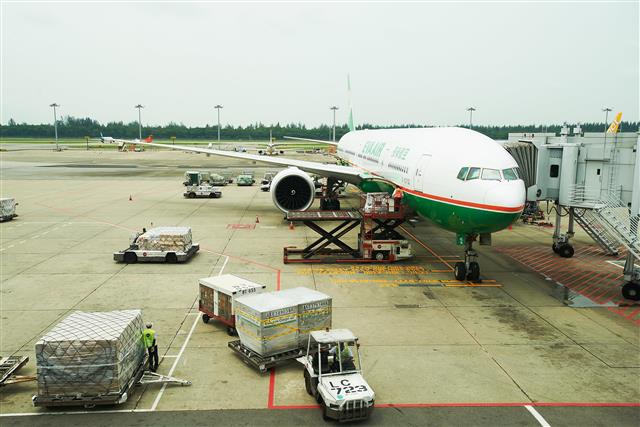 As far as I know, only three of the world's major airlines - Taiwan's China Airlines, Eva Air and South Korea's Korean Air - are still in the black under the pandemic. We can understand that this is intimately related to the supply chain of the IT industry. Most of the semiconductors are shipped by air rather than by sea. South Korea is the large memory producer, while Taiwan dominates in the markets of wafer and packaging & testing. According to data released by Taiwan's Ministry of Economy, 42.5% of Taiwan's exports went to China in 2021, with the semiconductors growing by 25%. Taiwan is not being discouraged under the plight of the global epidemic and economic downturn, but rather is outperforming other countries in economy, thanks to surging demand ranging from notebooks, 5G related sectors, EVs, to industrial control systems.

Before the global COVID-19 outbreak, passenger traffic accounted for more than 80% of the world's air transport revenue, while freight traffic accounted for less than 20%. Revenue of the aviation industry is estimated at US$472 billion in 2021, about half the level before the pandemic outbreak. Air passenger revenue in 2021 was only 37% of the level before the outbreak, while the total revenue of air freight reached US$175 billion, which was 1.7 times that of pre-pandemic. According to the latest financial reports released by China Airlines and Ever Air, the growth of freight revenue in 2021 hit more than 60%, and nearly 90% of China Airlines' revenue came from its freight sector. Owing to problems of the semiconductor shortage and port congestion, the freight sectors of China Airlines and Eva Air will continue to play the role as the main profit drivers. The prosperity of the shipping industry is expected to continue till 2023.

Unlike Taiwan and South Korea in East Asia, other airlines that rely heavily on passenger traffic simply cannot break even. The global aviation industry has incurred losses amounted to US$201 billion since the outbreak. The most remarkable resilience of the Asia-Pacific region is attributed to its roles in supply chains and air freight for semiconductors.

The global semiconductor market size is expected to reach US$600 billion in 2022. Some are even upbeat about marking the US$1 trillion milestone. If this is the case, how should we explore the future development of the semiconductor industry and the business opportunities of components and logistics?

For China Airlines and Eva Air, this seems an opportunistic fortune to cash in on. What industry changes may take place? How should the working mechanism among the semiconductor industry, ICT logistics services and air freight be tweaked from 2022 onward? If we believe that the supply chain throughout the Asia-Pacific will usher in a golden decade, we must address the changes in the supply chain structure, rather than simply wait for the windfall.

Followed by the formation of a decentralized production system, India, Vietnam, Thailand and Malaysia are expected to offer important footholds for Taiwan enterprises. Are Taiwan's airlines, parts distributors, customs brokers, and even Farglory Free Trade Zone ready to take proactive measures for the changes in logistics?

Taiwan thought about developing into an Asia-Pacific operation center in the 1990s, but the time and international environment were not right. And now we must take into accounts the needs of Vietnam and India plus construction of North American production bases through collaboration with the US, Canada, and Mexico. Can we keep ignorant of such radical geopolitical changes?

The opportunities are closely followed by the challenges. The challenges to be the Asia-Pacific operation center is not in the environment, but in our ambition. Don't get too immersed in the myth of the so-called "Sacred Mountain" which is TSMC. If TSMC collapsed, what might be the key factors? This is the question that people in the semiconductor industry is asking.