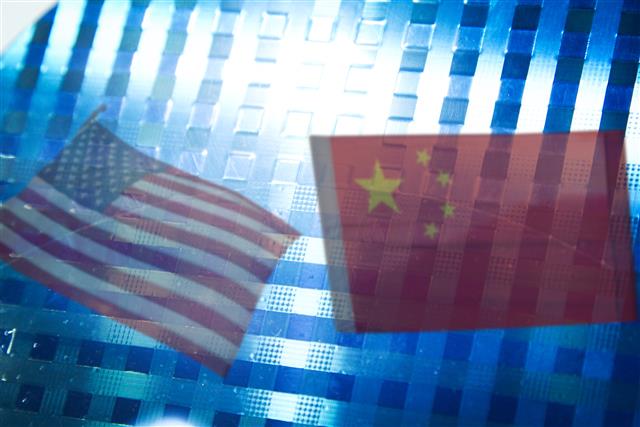 Well known for industry clusters, Taiwan must think about developing a "Cluster 2.0" model, ASE COO Tien Wu has urged. How should it define the concept of "mutual home ground" across the whole semiconductor community? For instance, if we want to cooperate with Macronix in memory solution, should we expect TSMC to extend service to packaging and testing, or seek complementary partnership?

The third-type non-silicon semiconductors such as GaAs lack the support of the industry ecosystem. Plus, it must be closely linked to the needs of the system manufacturers. Since they are all industry-grade applications, the operation model of the emerging industry is particularly important. Acer's founder, Stan Shih, suggests that Taiwan's semiconductor industry should seek horizontal integration as well as vertical division of labor to achieve success. Taiwan can consider developing "virtual vertical integration" in which upstream and downstream industries are closely bonded with interactive partnerships to let the world see how Taiwan can bring efficiency and benefits.

The cultivation of top-notchers can be either realized through deliberate plans or be achieved as it happens. Neither Macronix chairman Miin Wu nor ASE COO Tien Wu were expertly mentored by Li Kwoh-Ting, but they immersed themselves in the industry and grew in the big times to be today's industry leaders. TSMC chairman Mark Liu has echoed other industry leaders by saying that Taiwanese should broaden global visions. ASML is the platform converging talent from more than 80 countries to influence the semiconductor equipment industry. Digital transformation is the best way for us to lead changes for the global industry.

Etron chairman Nicky Lu stresses the increasing necessity of building a "general vertical integration," considering specs requirement from tech-giants like Google and Apple are getting more advanced and more complicated. Miin Wu called for the Industrial Technology Research Institute (ITRI) to assume the role of facilitating development for emerging fields such as the second and third types of semiconductors, so that Taiwan's enterprises can take the lead in the global race.

Even though Liu noted that the sulfuric acid for TSMC's US fab must be supplied by Taiwan's makers, it is still worrisome that Taiwan's materials and equipment industry is not mature enough. However, the construction of the industry ecosystem can't be ready overnight. Though the issue of "power supply" is put aside for the time being, it is to linger on until solved. The government authorities must understand that power is very crucial to the competitiveness of the future semiconductor industry. Though Taiwan's ruling authorities has constantly deployed and formulated policies for green energy, why everyone is still skeptical about the outcome?

The international media has been regularly delivering news reports on Taiwan and its key semiconductor industry since 2020. Intel's CEO Pat Gelsinger even named Taiwan as an unstable place. A slew of foreign governments turned to Taiwan for help due to components shortage. It appears Taiwan is gaining ground, but it is in fact under pressure from these countries.

To have a global say, Taiwan should explore the possibility of building non-governmental think tanks and second channels. Besides government's thorough and complete policy portfolio, Taiwan's enterprises must be fully aware that it is a good timing for the industry community to have a say under the US-China conflict.