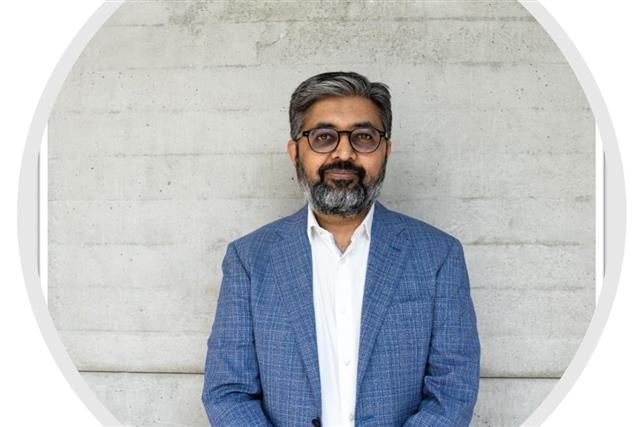 To promote growth, the electric vehicle (EV) industry requires partnerships more than the traditional auto industry does, because of the nature of EV technology, according to Hero Electric, one of India's premier EV two-wheeler companies that's aiming to ship multiple millions of units in the next five years.

"Partnerships are going to be a norm when it comes to electric mobility," explained Naveen Munjal, managing director of Hero Electric. "In ICE engine vehicles, you could control the manufacturing yourself because developments are more vertical. In electric, what I believe will happen, is that you're going to go horizontal. This means companies are going to have multiple partnerships rather than drilling deep down into manufacturing every component."

Hero Electric already has numerous partnerships for various technologies, including batteries, battery swapping, motors and controllers in drivetrains, IoT, telematics, etc. Many of these partnerships have already been announced, while more announcements are underway. These remain critical to Hero Electric's goals.

"We as a company are gearing up to handle much larger volumes than what we've been handling," Munjal continued. "We are going to be at about 100,000 units this year. But we are planning and building up our capacities now to go into multi-million-unit capacities over the next five years. By 2025-26, we will have about 5-million-unit capacity in place to take care of the demand which we foresee coming."

Readers unfamiliar with the Indian market should note that Hero Electric is different from Hero MotoCorp, which recently partnered with Taiwan's Gogoro. Although both are offshoots of the same family business, Hero Electric claims rights to use the brand name for EVs and has challenged the latter's plans in court. This matter is now sub-judice.

Hero Electric has had EV products in India for almost 20 years, but Munjal pointed out that only in the last few years has the demand risen dramatically. Several factors caused this, including government initiatives, rising fossil fuel costs, and a general interest in clean energy.

"Our projection is that by 2025, at least about 25 percent of the two-wheeler market in India would be electric," Munjal explained. "25 percent of the market means 5 billion units from 150,000 last year."

A unique feature that Hero Electric focused on was portable batteries. India's public charging infrastructure is still not up to the task. Even charging at home is difficult for many people in cities because they live in high-rise apartments that may not have the proper infrastructure. A removable battery that customers can charge at their own convenience is an attractive proposition in this scenario. COVID-19 brought yet another dimension to this.

"Post COVID-19, customers began looking for even-more convenience and ease of use while dealing with the safety concerns," Munjal said. "Our portable batteries allowed them to avoid going to a gas station to fuel up, helping them adhere to social distancing guidelines."

Many companies struggle with supply-chain constraints currently. But Munjal says that Hero Electric managed this situation by anticipating a shortage and stocking up on crucial inventory items. In 2020, when the first pandemic wave struck and disrupted businesses, the company decided to keep higher-than-usual inventory levels because they felt the issue wouldn't go away any time soon.

The market still has other challenges because it's converting from ICE at a rapid pace, which gives rise to gaps in the supply chain. But Munjal points out that the supply chain has become stronger over the last two years.

"If you were to ask me about challenges two years back, I would have said we don't have a very strong global supply chain in place at all," Munjal said. "Global companies may have wanted to come in and distribute but not really make investments. Now it's very different. We've got the best-in-class companies who are willing to invest for us. They're willing to put in the infrastructure and willing to take that kind of risk on the industry."

The critical point is that challenges and gaps are getting filled quickly. Even semiconductor chips (which have become the holy grail of tech companies in recent years) may get manufactured in India because the government has announced incentives.

"While numerous steps are being taken, there is a lag which happens," Munjal said. "But these get addressed very quickly. I don't think there will be too many challenges in the long run. In the short run, challenges exist because we're expanding so quickly."

A crowded space in dire need of consolidation

India's two-wheeler market has always been strong. Munjal points out that about 80 percent of the market uses two-wheelers to commute every day. Now that the prospects of electric vehicles are bright, several companies want a share of the pie. Many of them have no experience in the automotive market.

This has led to the market getting extremely crowded fast, at least in terms of the noise they create. Over a dozen companies are now in the market, and more are announcing their entries. At this pace, we may see some remarkably rapid consolidation.