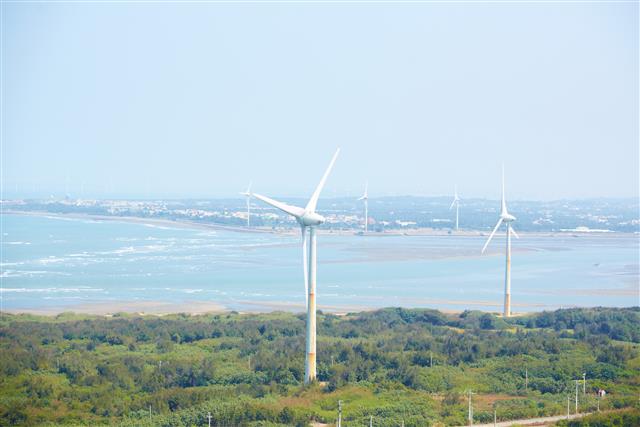 While meeting net-zero carbon emissions goals by 2050 has become a globally important topic, meeting Apple's 2030 carbon-neutral goal for its supply chain is more immediately pressing for many semiconductor and electronics companies in Taiwan. TSMC previously announced a 20% energy-savings goal for its supply chain by 2030, asking suppliers to take stock of their carbon footprints.

Semiconductor equipment manufacturers revealed that the slow progress of the carbon neutrality target drove TSMC to once again urge its supply chain to accelerate its green energy procurement timetable and expand the scale. In the future, companies could lose orders based on whether or not their processes are considered green enough.

The difficulty of purchasing green energy and carbon rights is only one source of stress for companies in TSMC's supply chain; the high costs associated with achieving net-zero carbon emissions goals are also distressing them. Supply chains are having to expand the scale of their ESG-related teams and seek external expert assistance to accelerate the fulfillment of major customers' requirements.

When Apple moved up its carbon neutrality goal to 2030, it put immense pressure on supply chains. For TSMC, which has undertaken the majority of Apple's chip foundry orders for all of its product lines, energy transformation is not just about environmental protection and sustainability, it is also about industry competition. Not only does TSMC itself need to save energy and reduce carbon emissions, all of the companies within its supply chain must also realize these goals.

Of the major international companies that TMSC accepts orders from, Apple has the most stringent energy-saving and carbon reduction requirements. To maintain orders from major customers, TSMC launched similar plans early on. For instance, beginning in 2016, TSMC required equipment manufacturers to develop energy-saving machines, use significant amounts of renewable energy, and purchase green energy.

TSMC has signed a 20-year corporate power purchase agreement (CPPA) with Orsted for power generated from an offshore wind farm, and has purchased carbon-neutral natural gas from CPC Corporation. TSMC is also the first semiconductor company to join the RE100 initiative for renewable energy. They have also issued green bonds to raise funds to purchase renewable energy. However, figuring out how to get such a massive supply chain to meet energy-saving and carbon emissions goals on a timetable is difficult.

It is possible that TSMC's energy-saving and carbon reduction progress has not met the expectations of its major customers, according to some semiconductor equipment companies. Recently TSMC again released its shortened timetable to have suppliers reduce energy consumption by 20% by 2030. This has increased pressure on supply chain companies, adding even more to overall costs; however, it must be done. TSMC has already listed this as a procurement selection standard. Companies that are not "green" enough could be removed from the supply chain list.

Semiconductor equipment companies pointed out that at the very least several hundred Taiwan-based factories strictly depend on TSMC to survive. Although orders will continue to expand in 2022, TSMC's active push for green manufacturing, green energy procurement, carbon fees, and carbon emissions trading related to its energy-saving and carbon reduction plans has put huge pressure on production costs.

Since TSMC has been emphasizing the "no green, no order" notion, companies whose progress has been lagging and cannot purchase green energy certificates are actively seeking help from TSMC and external organizations. From 2022 forward, green energy procurement and energy-saving goals will be major risks for TSMC's supply chain operations, and will become more critical to future survival than ever before.