The quad-band HTC S620, which features a QWERY keyboard, weighs only 130g with a battery and measures just 12.8mm thick, will compete with the Moto Q-series handsets from Motorola and the i320N from Samsung Electronics, according to market sources.

All devices will be available under the HTC brand as well as in customized-version for partners, the company said, noting that T-Mobile will launch the HTC P3300 under T-Mobile's MDA Compact III model name.

HTC also has recently added two new distributors, Portix and Expansys, for promoting its products in Hong Kong, and the company said it also plans to enhance its presence in Germany, Scandinavia, Russia and Spain by the end of this year. 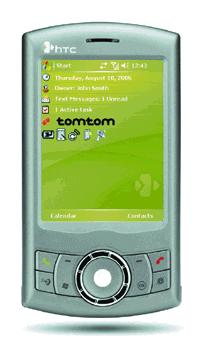